ABOUT CELTIC PIPES AND DRUMS OF HAWAIʻI 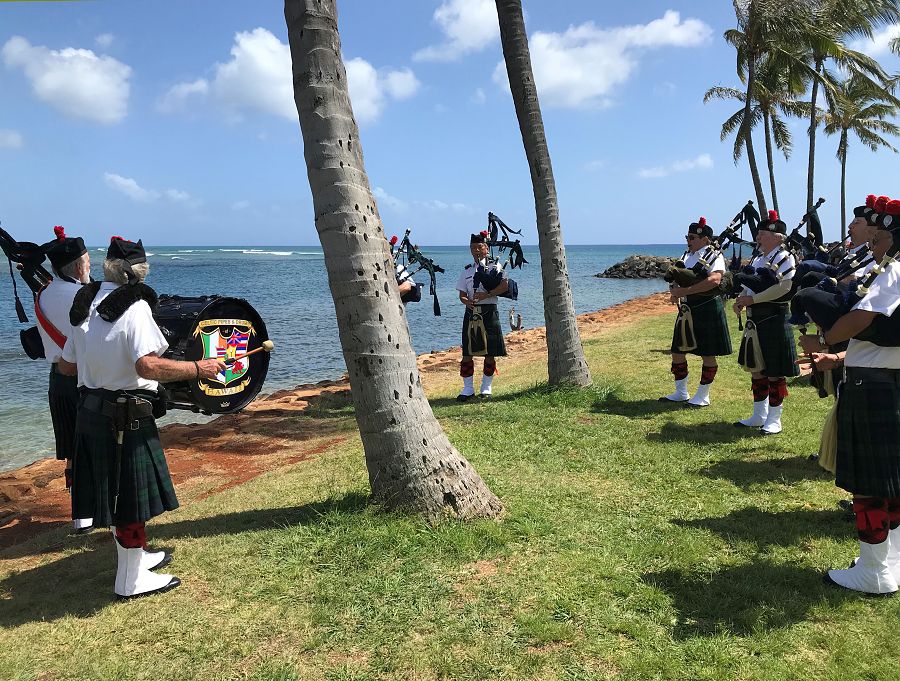 The Celtic Pipes and Drums of Hawaiʻi began in 1985 as the Shamrock Pipe Band, but the Irish name was too limiting, and it soon came to be known by its present name. 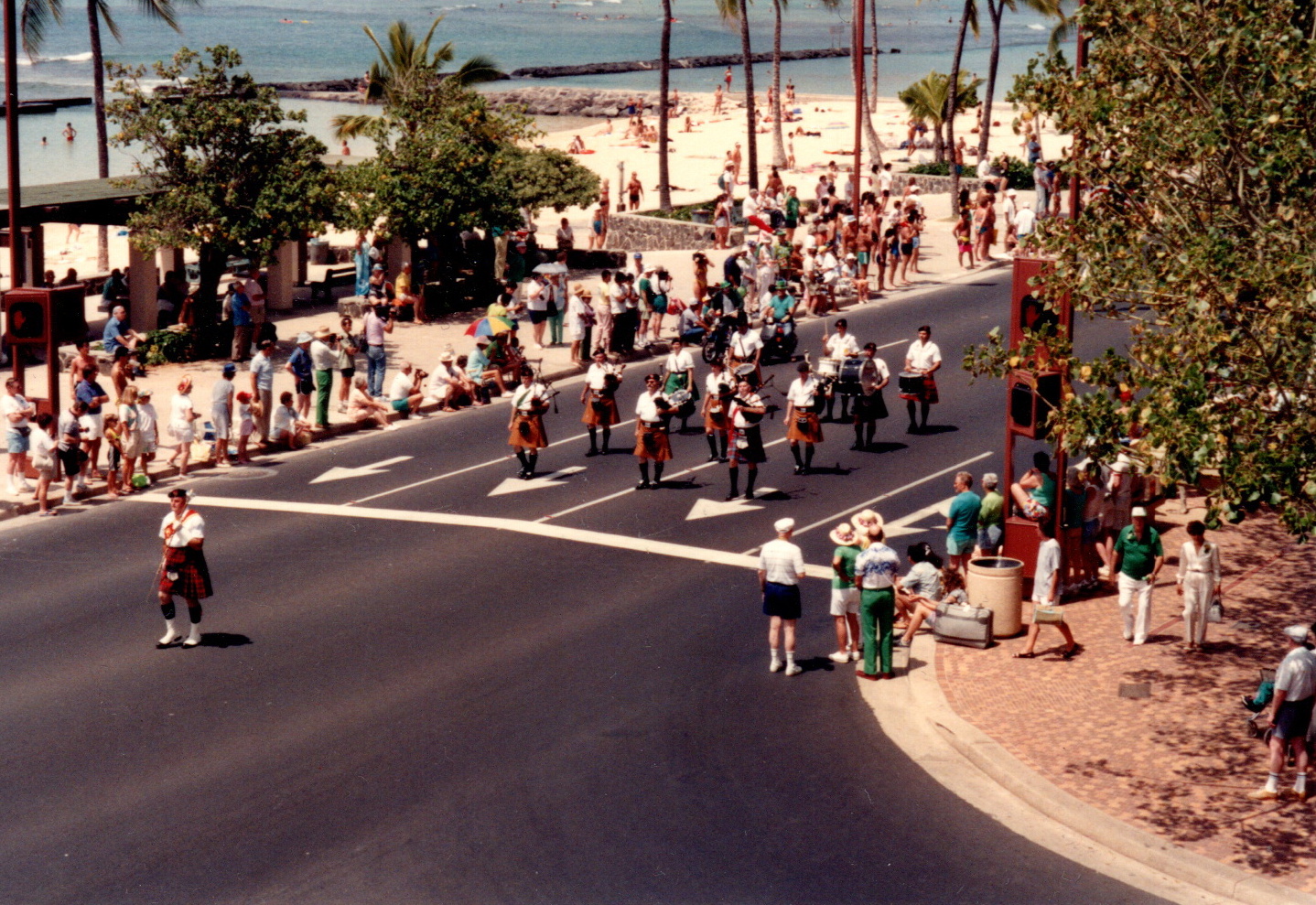 The increasing popularity of the Band has culminated in its extension representing the Honolulu Police and Fire Departments. Development of the Honolulu Police Pipe Band began in April 1988, and the Band, in that image, made its inaugural performance during National Police Week in May 1989. One of the special features of the Band is the symbolic military attire of the members in the Black Watch tartan kilt. The Band joined together with members of the Black Watch (42nd Royal Highland Regiment) during the Regiment's training visit to Hawai'i. 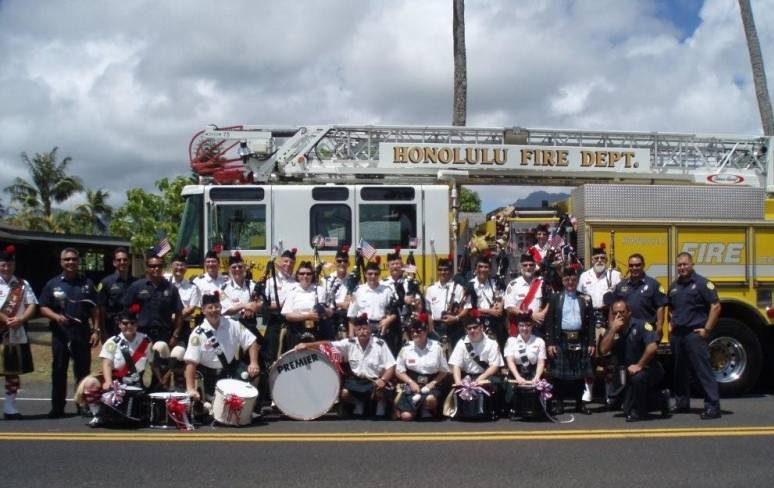 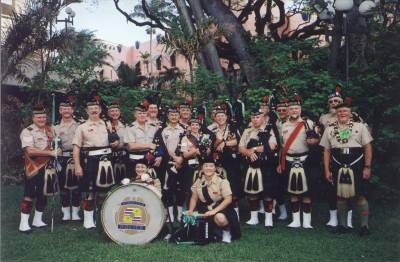 In May 1993, a new dimension was added to the Band with the Colors and Honor Guard. This distinctive unit is comprised of Honolulu Police Law Enforcement Explorers under the advisor-ship of a Honolulu Police sergeant. They provide a brilliant array of flags representing the Celtic Nations (Cross of St. Andrew, Irish Harp, Welsh Griffin, and the Rampant Lion) as well as the flags of the United States, State of Hawaiʻi, and Honolulu Police Department.

On August 11, 1993, the Band was honored and commended by the Council of the City and County of Honolulu for its musical contribution to the people of Hawaiʻi. In the past, the Band and Honor Guard have been awarded First Place at the annual Kailua Fourth of July Parade, as well as the annual Kaneohe Christmas Parade. 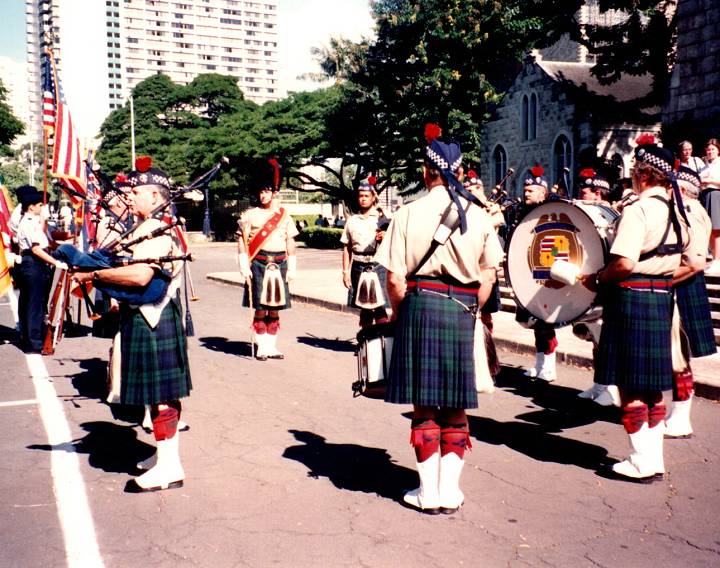 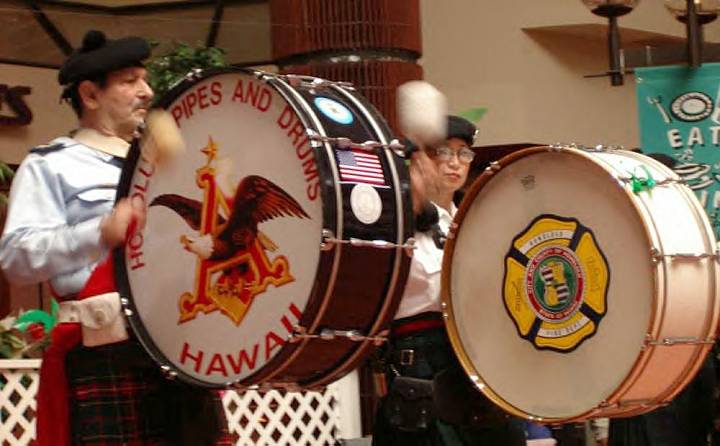 In January 1994, the Caledonian Society of Hawaiʻi recognized the remarkable development of the Band by distinguishing founding Pipe Major Lawrence A. Coleman as "Scot of the Year". Pipe Major Coleman retired in July 1999 with the distinguished title of Pipe Major Emeritus. 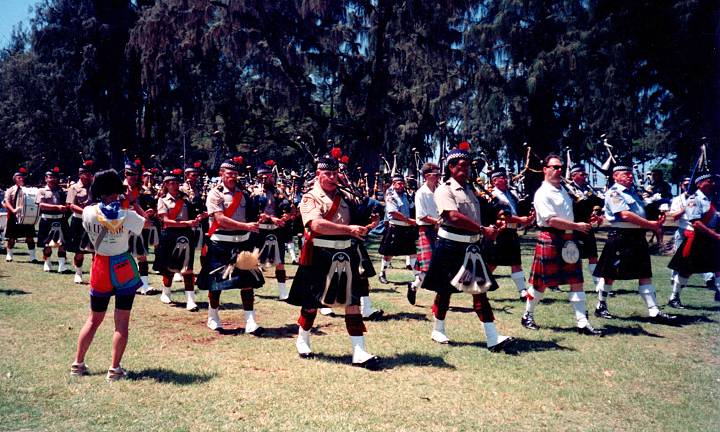 During any given year, Band members, all volunteers, participate in dozens of performances, including: a host of concerts and performances with military bands from the services represented in Hawaiʻi; working with the State Foundation on Culture and the Arts, including videotaping at the Academy of Arts; welcoming Lady Margaret Thatcher during her visit to the Governor's Mansion, Washington Place; opening and closing the 1991 and 1993 U.S. Air Force Tattoos; annual appearances at Robert Burns' Nights, Highland Games, U.S. Army 25th Light Infantry Division's military tattoo (including pipe bands from the Canadian Army), Christmas and St. Patrick's Day parades; in concert with the Royal Hawaiʻian Band; and performances in honor of various military and veterans' groups. Band members come from all walks of life and all age levels. Many pipers and drummers are home grown through the Band's robust training program. 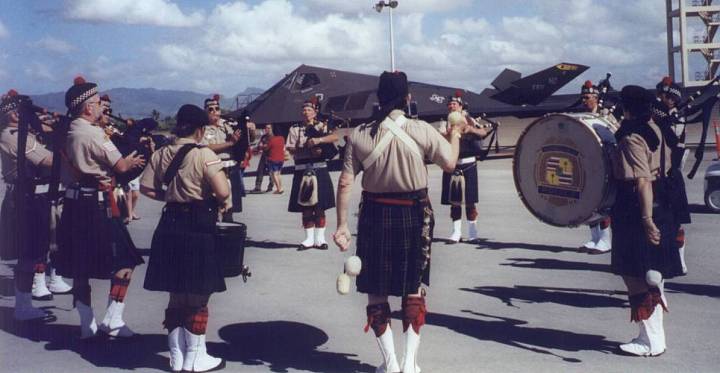 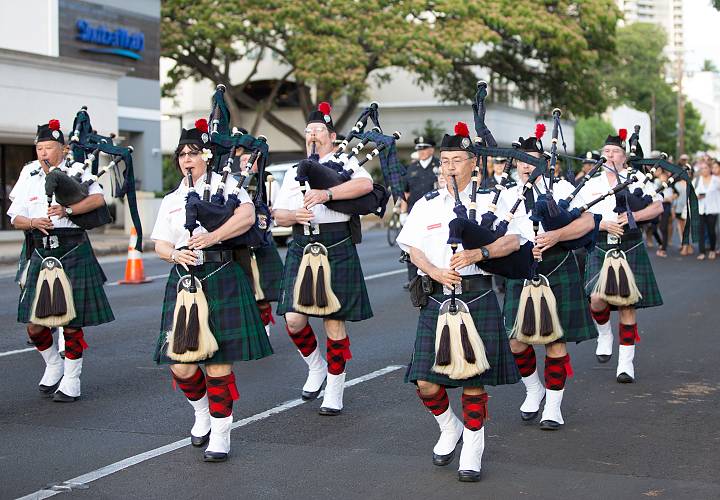 The Band's ranks have expanded through a constant training program. There are currently 32 pipers and drummers, as well as Irish dancers, a fiddler, and a number of piping students. The many innovations have enhanced its reputation, and there are many calls to perform on all islands. 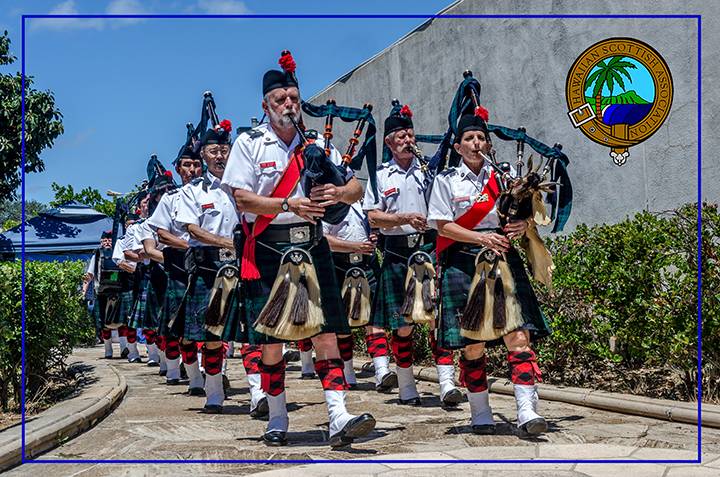 Celtic Pipes and Drums of Hawaiʻi in 2015

The Celtic Pipes and Drums of Hawaiʻi began in April 1985 as the Shamrock Pipe Band under Pipe Major Larry Coleman. In 1988, the band changed the name to the Celtic Pipes and Drums of Hawaiʻi with a much expanded Celtic repertoire. Larry has a long history with previous Pipe Bands and Scottish and Celtic organizations in Hawaiʻi, including carrying on the piping legacy of Aggie Wallace.

Larry taught bagpipes to following generations of pipers and developed the band affiliation with the Honolulu Police Department and Honolulu Fire Department and City and County of Honolulu that we continue to maintain today. His leadership and training led the Band for over ten years culminating in his retirement in 1999 as Pipe Major Emeritus. He was recognized as “Scot of the Year” in 1994 by the Caledonian Society. 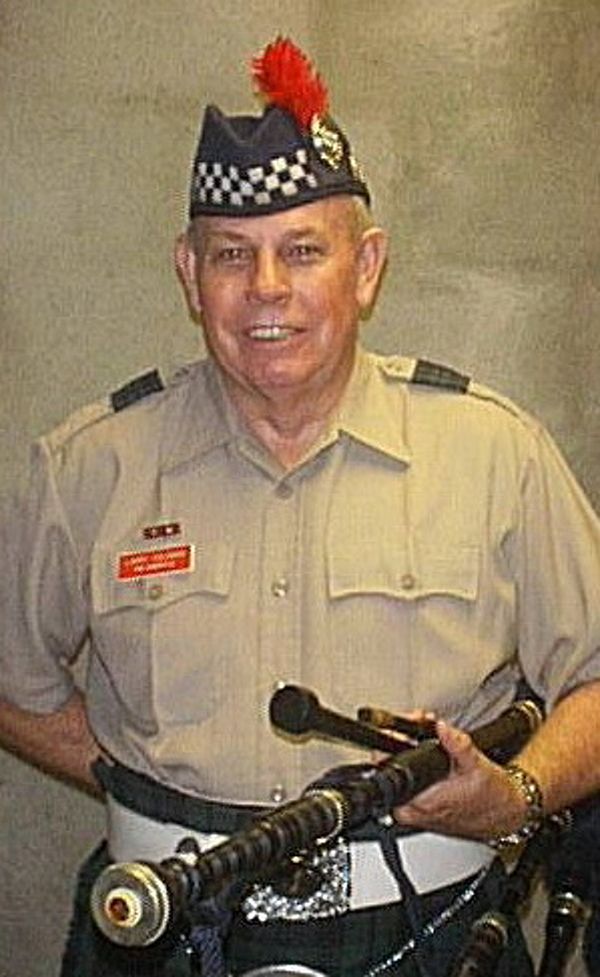 Piper Jacob Kaio was appointed as Pipe Major following Larry’s retirement in 1999. He was the first Native Hawaiʻian to be so appointed. Jake continued to distinguish himself as a one of Hawaiʻi’s most accomplished Pipers. Like Pipe Major Coleman, Jake fostered continuation of piping passion in Hawaiʻi and Aggie Wallace’s legacy. In 2000, Pipe Major Kaio retired from the band to take on new challenges including the formation of the Hawaiʻian Thistle Pipe Band. 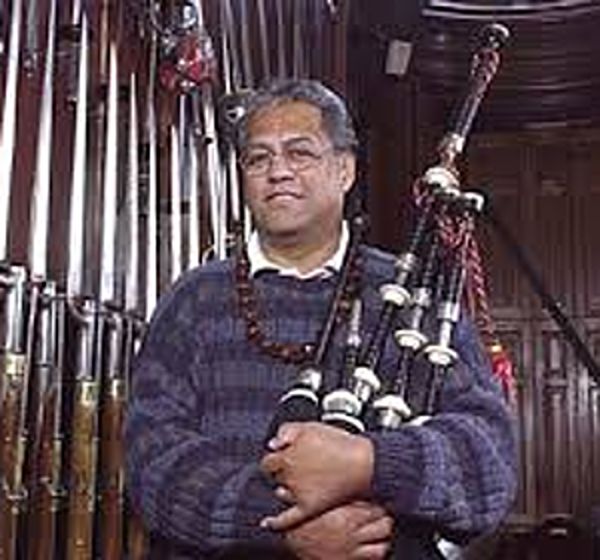 Piper Dan Quinn was appointed Pipe Major in 2000. In addition to duties as Pipe Major, he continues on as the Band Piping Instructor and has maintained instruction for new pipers and drummers to the present. Dan has been instrumental in keeping Aggie’s piping legacy alive and meaningful. He has led the Band in many significant performances, parades, civil and military events, and fostered relationships with other pipers, pipe bands and Celtic organizations throughout Hawaiʻi and US Mainland.

Dan's continued leadership has been instrumental in achieving the band’s patriotic and community service objectives by conveying the highest regard, enthusiasm and appreciation of Celtic music, art and culture. He truly represents the band motto “Pride in Excellence” through his leadership, music proficiency and personal service to the Band and Hawaiʻi community. 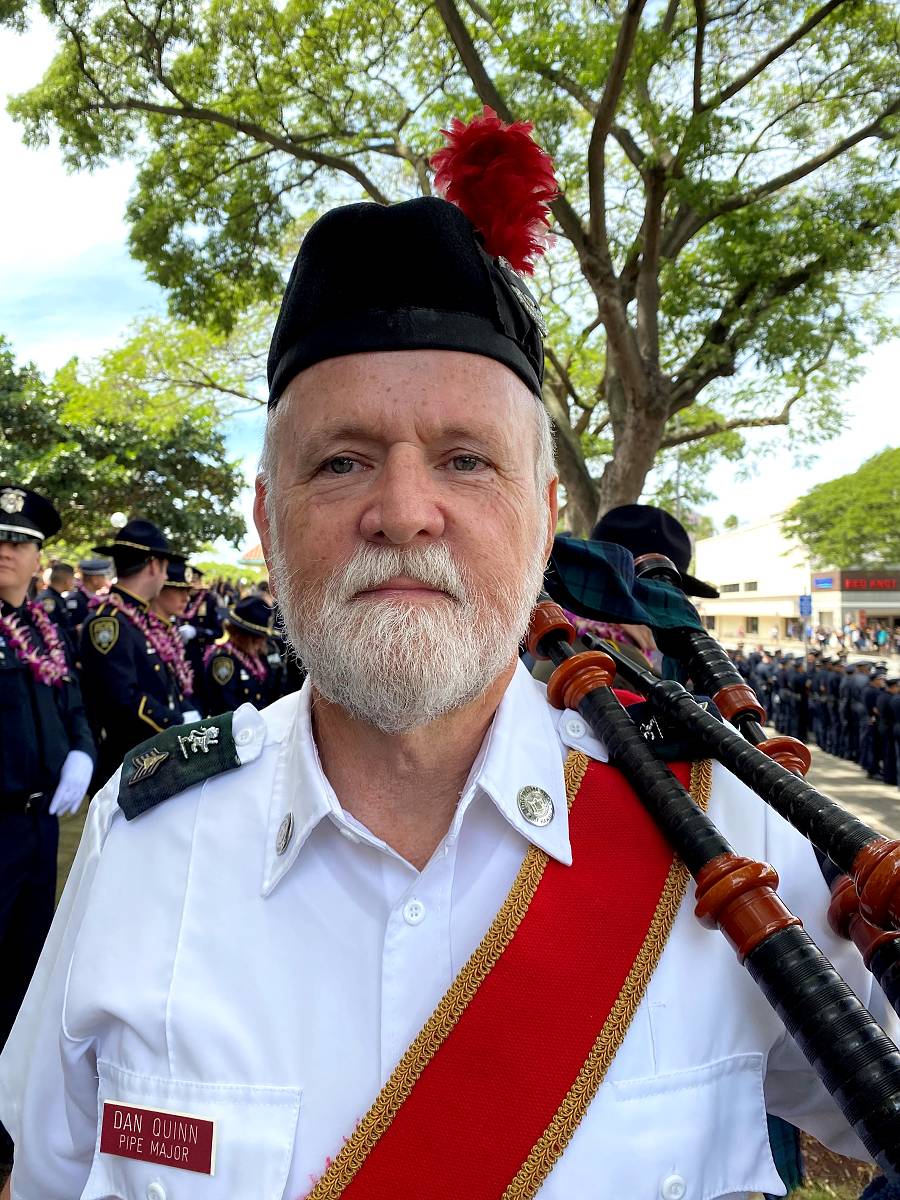 Our Band in Press